Madagascar has been a relatively unknown country all this time, until the introduction of a children’s cartoon that features the country’s very interesting residents, the lemurs. These tiny and very curious beings that look like monkeys with furry striped black-and-white tails live in the Ranomafani National Park in Madagascar, or off the southeast coast of Africa.

A trip to Madagascar is like no other. The wildlife is exotic to say the least. This is much more adventurous than visiting the local zoo or taking your furry friend on a pet vacation. There are so many cute creatures to see, including the beautiful lemur.

In fact, there is no other place to see these interesting creatures, because Madagascar is very isolated geographically. But there are quite a few species alive and there might even be new ones to be discovered. For example, the Golden Lemur was only discovered in 1986. Unfortunately, because of practices like slash and burn agriculture and uncontrolled grazing of cattle, they have been labeled as a species under threat or even endangered. This extends to the Golden Bamboo Lemur and the Bamboo Lemur.

The most famous and easily-recognizable type are the Ring-Tailed Lemur, as popularized by the cartoon movie. They are curious and love exploring. Moreover, they are very smart and grasp their food with their hands like people. The rainforests in Madagascar is where they have adapted well to, and without any monkeys or other bigger forest creatures, they have flourished here.

Where To See The Lemurs

While there are other places in the country to spot a lemur, the Ranomafani National Park is the most popular. This is where visitors can actually see these curious creatures in action. It was established in 1991, in order to protect the dwindling rainforests that are home to the lemurs. The Ranomafani National Park has no villages in the borders and other wildlife like the Madagascar Fish Eagle and Serpent Eagle can also be found here. Land snails call it home as well and might grow as long as 5 inches or 120 mm.

When To Visit Them

Tourists need to time their visit to Madagascar because bad weather will make it difficult to visit the park. Between the months of December and March, rainfall is highest and a trip is not recommended. Moreover, there are about 30 rivers that originate from the park and it has a role as a major watershed for southeastern Madagascar. Other than these months, guests only have to check the temperatures during their stay, otherwise, the rest of the year is sunny and quite warm.

Although there are no villages around the Ranomafani National Park, there are camping sites where visitors can stay. There are also rooms that can be rented, though they are quite busy due to many research scientists visiting the site.

Madagascar is a great destination for wildlife lovers and there is really no other place to see these unique creatures than here. In fact, 90% of the rare creatures found here do not live anywhere else, including the world’s smallest chameleon. So beyond just coming to dive and visit the beautiful beaches of Madagascar, make sure you take an extra trip to the rainforests to view these interesting and exotic creatures in their natural habitats. 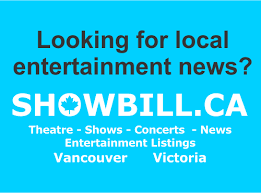 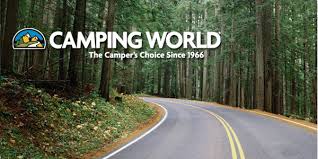